The day of decision 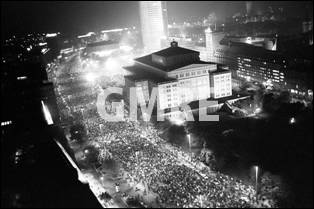 On October 7, 1989, the 40th anniversary of the GDR, there had been protests in many places across the country. The next Monday the SED-Regime wanted to "put an end once and for all" to these frightful activities in Leipzig and openly threatened to use firearms.

Despite great fears, on October 9, 1989, at least 70,000 citizens demonstrated against the regime at the prayers for peace in four Leipzig churches with the slogans "No violence" and "We are the people". Thousands had travelled to Leipzig to take part. In view of these masses the 8,000 waiting security forces had to be withdrawn.

The peaceful outcome of the evening was seen as a victory over the regime. From now on, protests gripped the entire country. The SED continued to prepare a violent resolution to the demonstrations. At the same time they tried to speak with the citizens through "dialogue" events so as to put an end to the demonstrations. 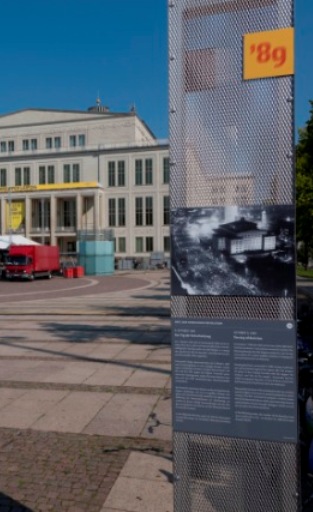