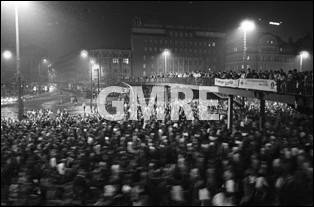 During September 1989, the situation intensified. On September 4, the security forces had not intervened with violence because of the Leipzig Fair. On the following Monday, they arrested 120 people at the St. Nicholas' Churchyard. Many opposition activists were given prison sentences of several months, resulting in GDR-wide solidarity actions.

In the prayers for peace on September 25, 1989, Pastor Christoph Wonneberger said in his prayer at the crowded St. Nicholas' Church: "We’re free to reject violence." After the prayers for peace police lines blocked the roads to the market. Therefore, the crowd moved to the area now known as Augustusplatz where they united with people waiting in the side streets and demonstrated for the first time on the Leipzig city ring. Obviously surprised by this situation, the police did not intervene. Approximately 5,000 people walked up to the Richard-Wagner-Platz, and turned back there for no apparent reason. 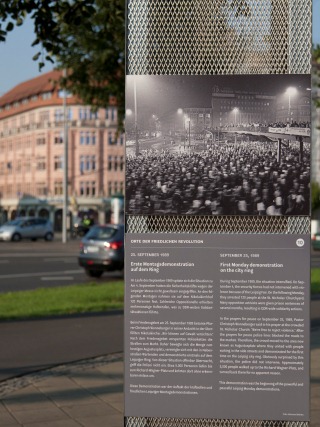