Demonstration for democracy during the Church Congress 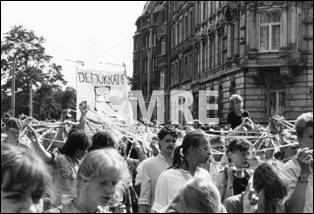 The Church Congress ("Kirchentag") of the Protestant Church of Saxony was held in 1989 from July 6-9 in Leipzig. The organizers avoided political issues due to government pressure. Nevertheless participants and visitors of the official Church Congress brought up political problems repeatedly and called for changes in the GDR.

During the final event on the Scheibenholz racecourse Leipzig civil rights activists protested against the massacre in connection with the peaceful democratic movement in China and the falsification of the local election. Since they were not allowed on the stage with their banner, they left the premises. More and more attendees of the "Kirchentag" joined the protest. Finally, over 1,000 people moved toward the city centre.

The security forces did not attack at first, but at Floßplatz members of the State Security wrested the banner away from the demonstrators and dragged it into a tram. Police lines blocked the way forward. The action ended with a spontaneous prayer in St. Peter's Church. 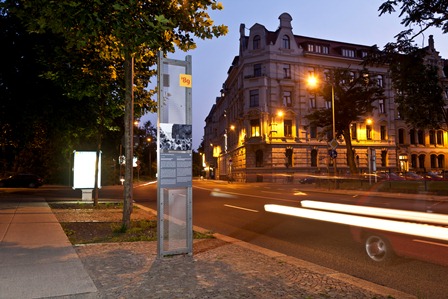