Silent march in memory of the pogrom 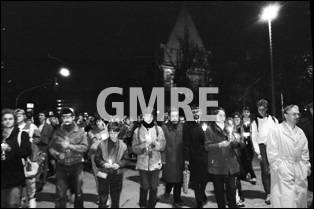 On November 9, 1989, the Berlin Wall fell. On the same evening, tens of thousands of people in Leipzig took part in a silent march initiated by the New Forum in remembrance of the 51st anniversary of the "Night of Broken Glass" (Reichspogromnacht). Since 1983, the Leipzig civil rights groups had organized independent commemorative events. The memory of the Holocaust and the confrontation with far-right tendencies had always been an integral part of the GDR citizens' movement, sometimes against the resistance of the SED dictatorship.

On this day in the year of the Peaceful Revolution, the participants also walked from St. Nicholas' Church with candles through the inner city to Gottschedstraße to commemorate the Jewish victims of National Socialism at the former location of their synagogue.

Just a day earlier, on November 8, 1989, the SED had to officially authorize the New Forum. Thus another key demand of the protesters was met. The silent march was the first approved non-government demonstration in Leipzig. 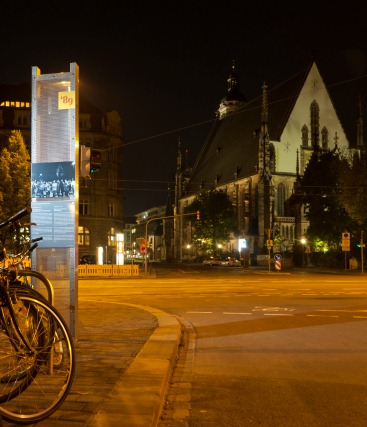