20,000 demonstrators on the city ring – the Monday demonstrations become a mass movement 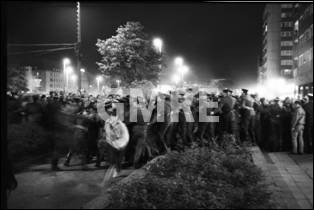 In the summer of 1989, tens of thousands left the GDR for the West through Hungary, Poland and Czechoslovakia, leading to the borders being closed for good on October 3, 1989. The mass exodus prompted more and more people to articulate their protest openly even within the country.

On October 2, 1989, the prayers for peace were also held for the first time in the Reformed Church because of the large crowds attending. In the evening, the largest protest march so far formed in the area now known as Augustusplatz. Up to 20,000 people demonstrated peacefully on the city ring.

The security forces tried to block the movement with a barrier chain in front of the Reformed Church. The pressure of the masses was too much for the Volkspolizei, and thousands approached St. Thomas' Church. There, the police met them again, for the first time specially equipped with helmets, shields and batons and with dogs. The SED justified the most brutal use of force in Leipzig so far and defamed the demonstrators in the Leipziger Volkszeitung as hooligans. 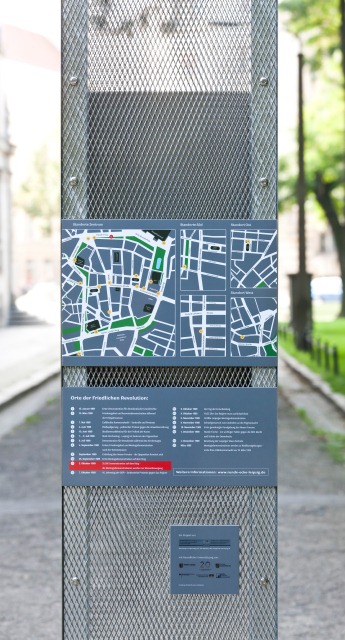