First prayers for peace and Monday demonstration after the summer break 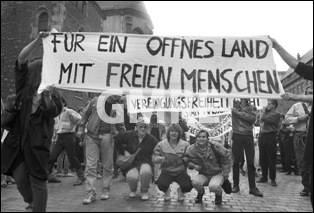 Since September 1982 peace prayers had been held in St. Nicholas' Church on Mondays during which church-based groups devoted themselves to contemporary social problems. Starting in 1987 the prayers became more politicized. In 1988/89 St. Nicholas' Church became a distinct institution of political protest.

In particular, the people who had applied to leave the GDR used the Leipzig Fair from 1987 onward in order to demonstrate through prayers for peace with the protection afforded to them by the presence of Western journalists. Outside the exhibition period police and Stasi broke up these "gatherings" in the St. Nicholas' Churchyard with arrests.

About 1,000 people attended the prayers for peace on September 4, a Monday during the fair. After that, civil rights activists unfurled banners in the St. Nicholas' Churchyard. Within seconds, these were torn down by Stasi employees causing vociferous protests from the crowd. The images were broadcast around the world by Western media.

For the first time the chant "We'll stay here!" was heard, voicing the will for political and social changes. 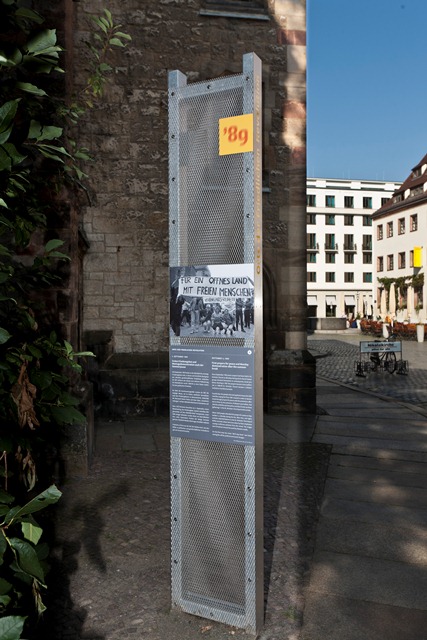