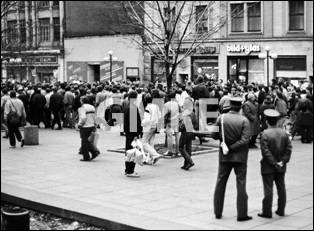 From the mid-1980s onward, more and more people wanted to leave the GDR for good which was not possible through legal methods. Ever since the autumn of 1987, demonstrations for the right to leave the country had taken place on the Mondays occurring during the trade fairs in Leipzig.

On the Monday during the 1989 Spring Fair, about 650 people gathered to pray for peace in St. Nicholas' Church. In the end mainly those wanting to leave the GDR demonstrated through the city centre of Leipzig, loudly chanting "We want out!" Because of the presence of Western journalists covering the fair, police and State Security behaved cautiously. That same evening the GDR citizens watched reports of the Leipzig protests on West German television.

The State Security responded with the operation "Auslese" (meaning "selection"): in order to relax the tense situation in the Leipzig district, 4,000 applicants would be allowed to leave the country before the church congress due to be held in July 1989. The intended calming effect did not take place, however – more and more people attended the prayers for peace in order to accelerate their departure. 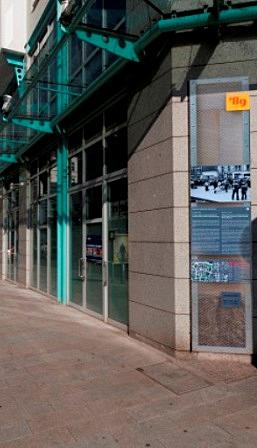